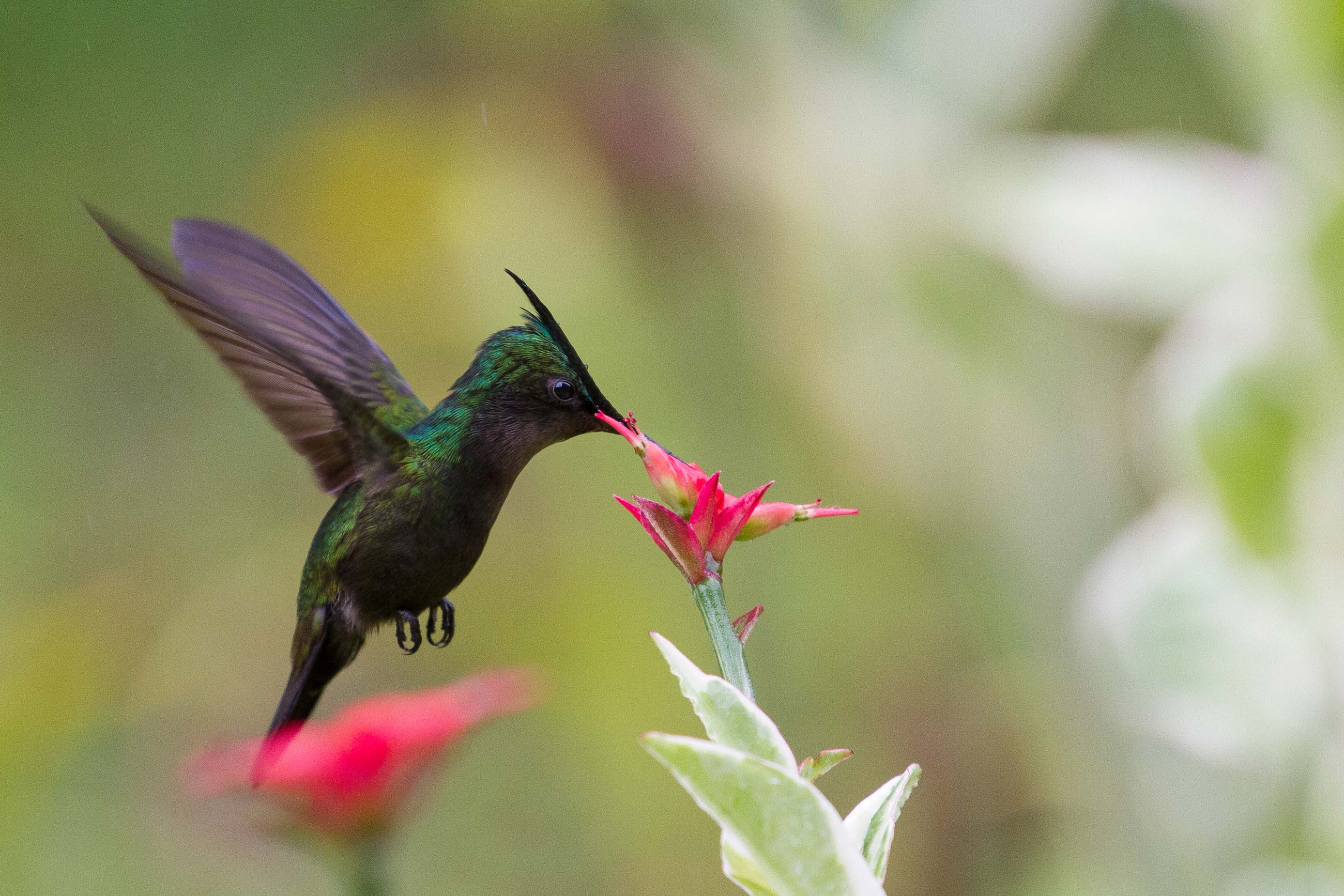 During our recent visit to Guadeloupe, we encountered the sweetest little Antillean Created Hummingbird.

The Hummingbird is amongst the smallest of birds, most species measuring 7.5-13 cm. They hover in mid-air as a result of rapid wing-flapping rates, around 50 times per second. This allows them to fly at speeds exceeding 15 m/s (54 km/h).

We spent a few hours admiring this majestic bird during a rainy afternoon in Bouillante, before one of our diving excursions.

Read more about our trip, Guadeloupe: Return to Paradise. 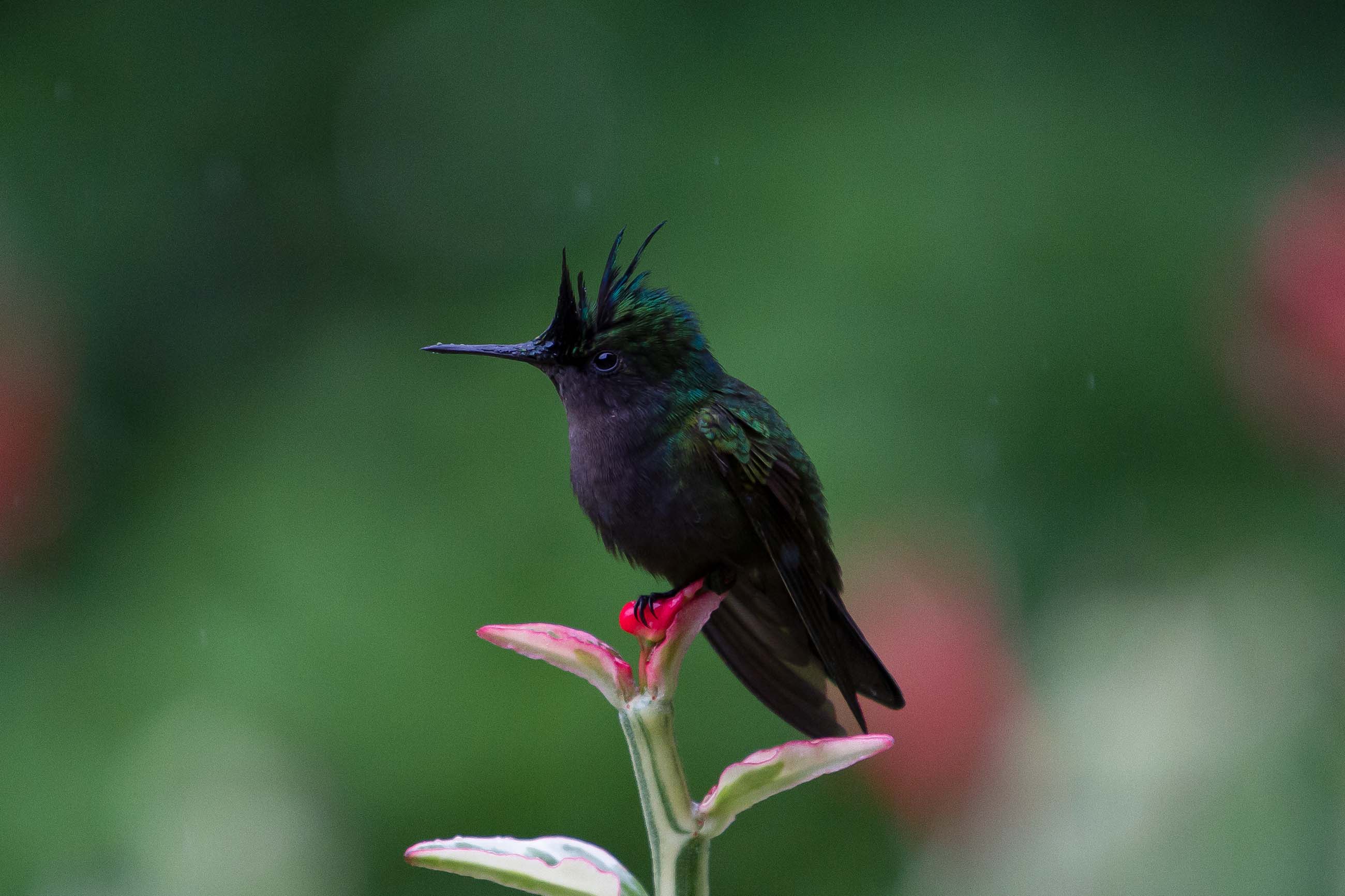 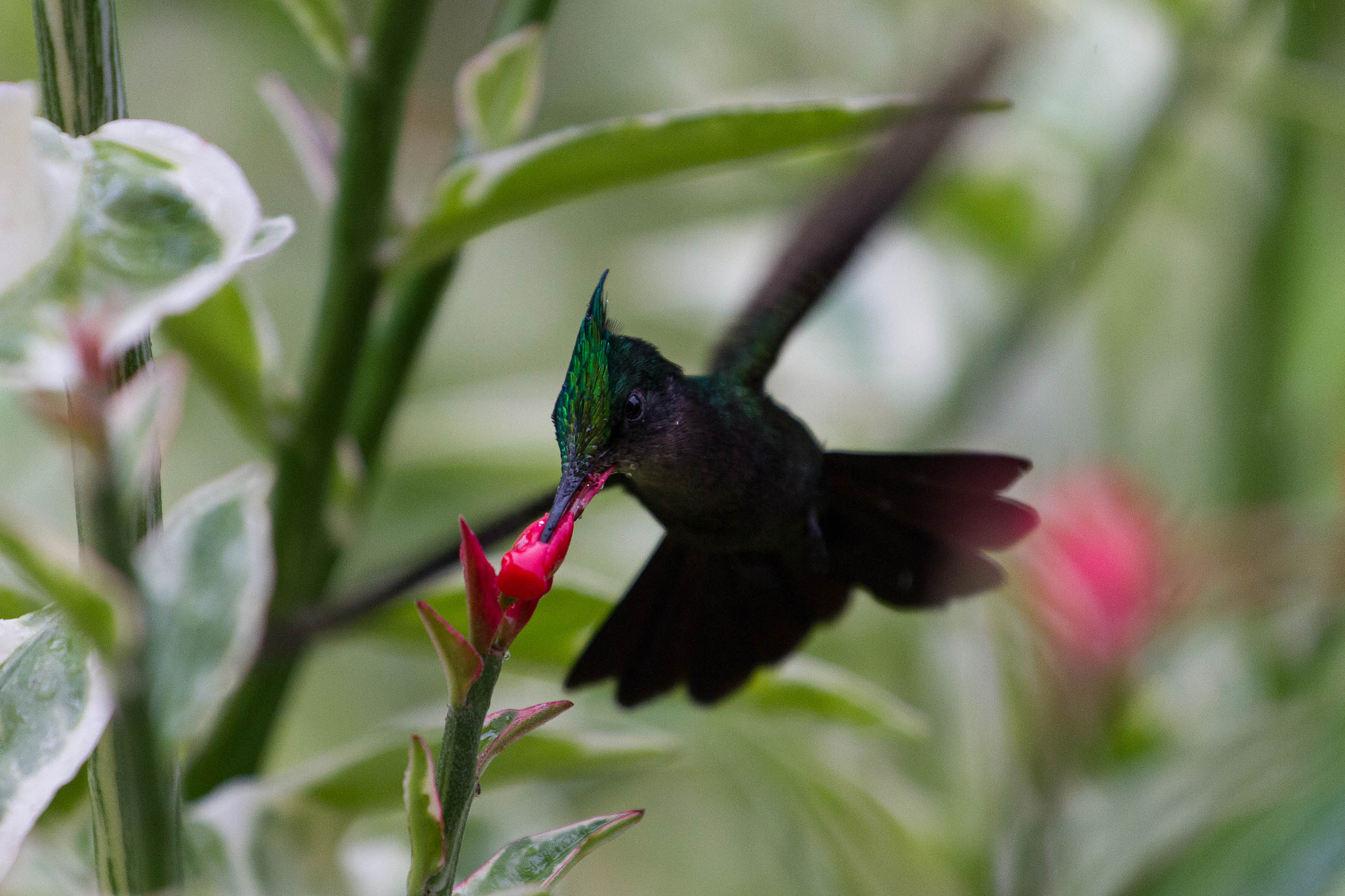 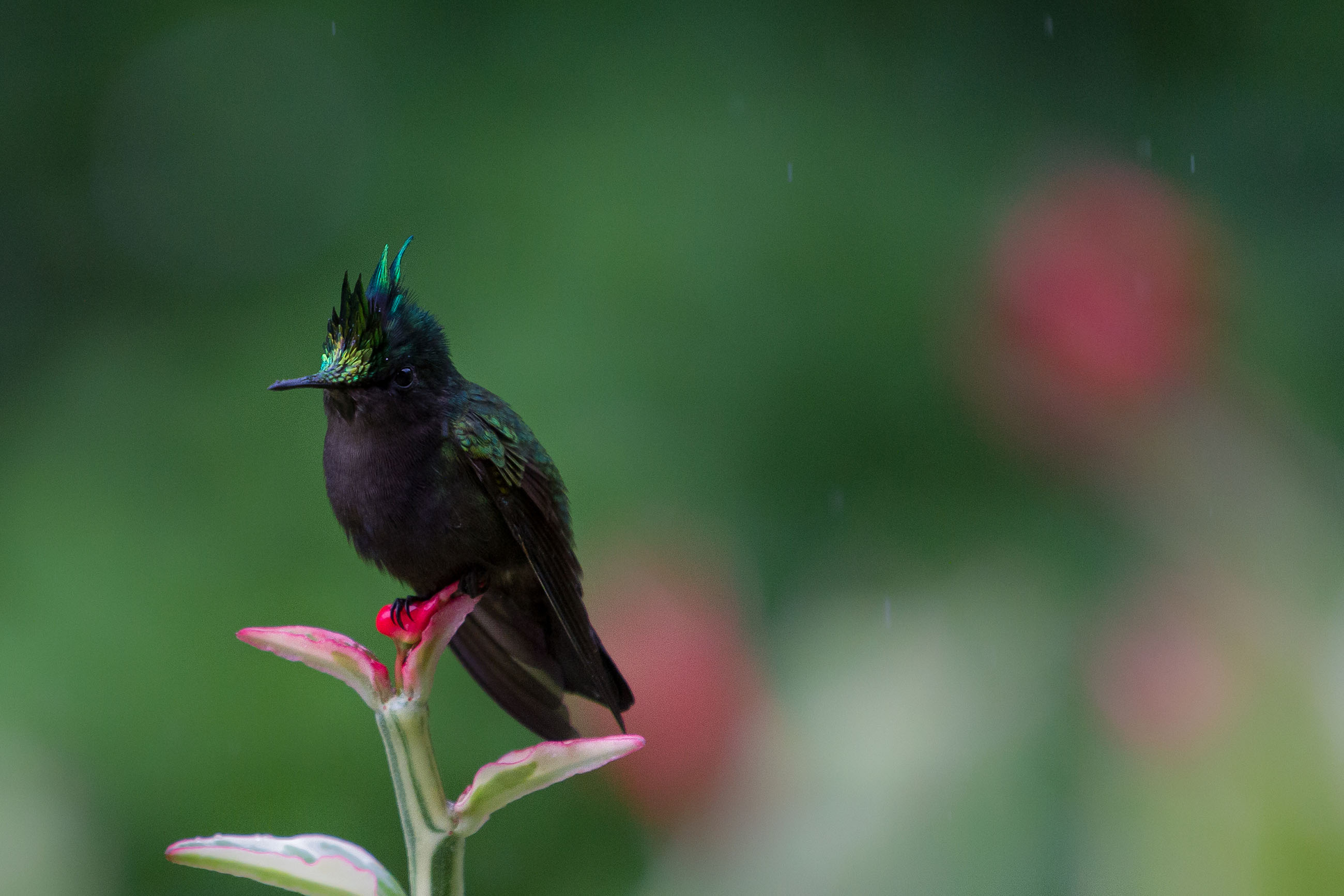 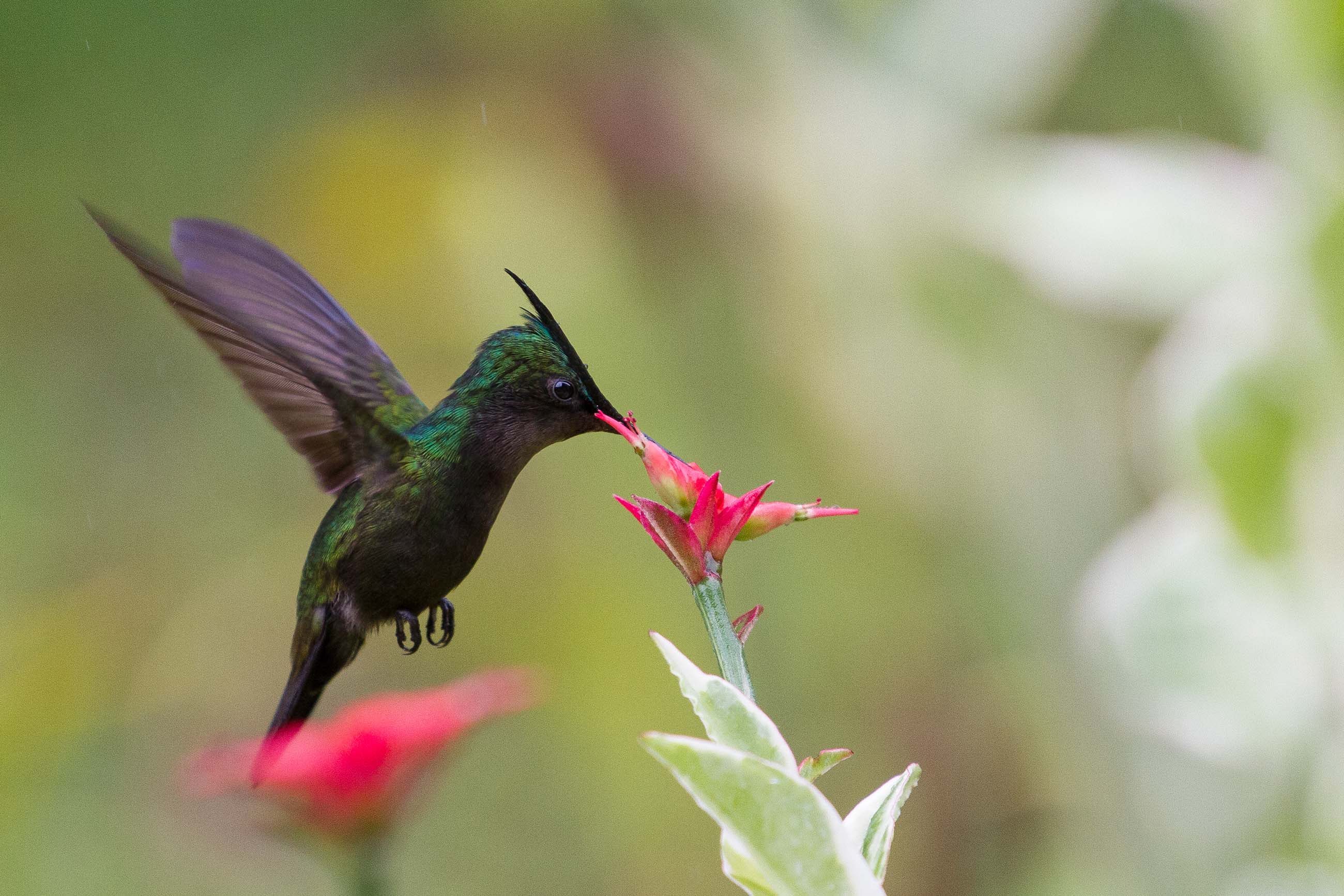 The wings of hummingbird beat at about 200 times per second. The range of shutter speeds that we normally use for fast moving subjects is between 1/250 to 1/1000 of a second. This is too slow to freeze the wings. 1/2000 and 1/4000 of a second are not fast enough to get sharp pictures or reveal the details of individual feathers. Some cameras go up to 1/8000, but even if this were fast enough to get take sharp pictures of hummingbirds, the light would be so reduced that you would be forced to shoot with a large lens aperture and a high ISO. These are not ideal solutions!

Using a flash works best. However, it’s not straightforward at all. The typical ‘flash duration’ is about 1/1000th of a second when used on manual. When the power output of the flash unit is reduced to 1/16th, the flash duration becomes much shorter. At about 1/16,000th of a second, this will be fast enough to freeze the wings of hummingbirds.

Get inspired by viewing our Wildlife Gallery. 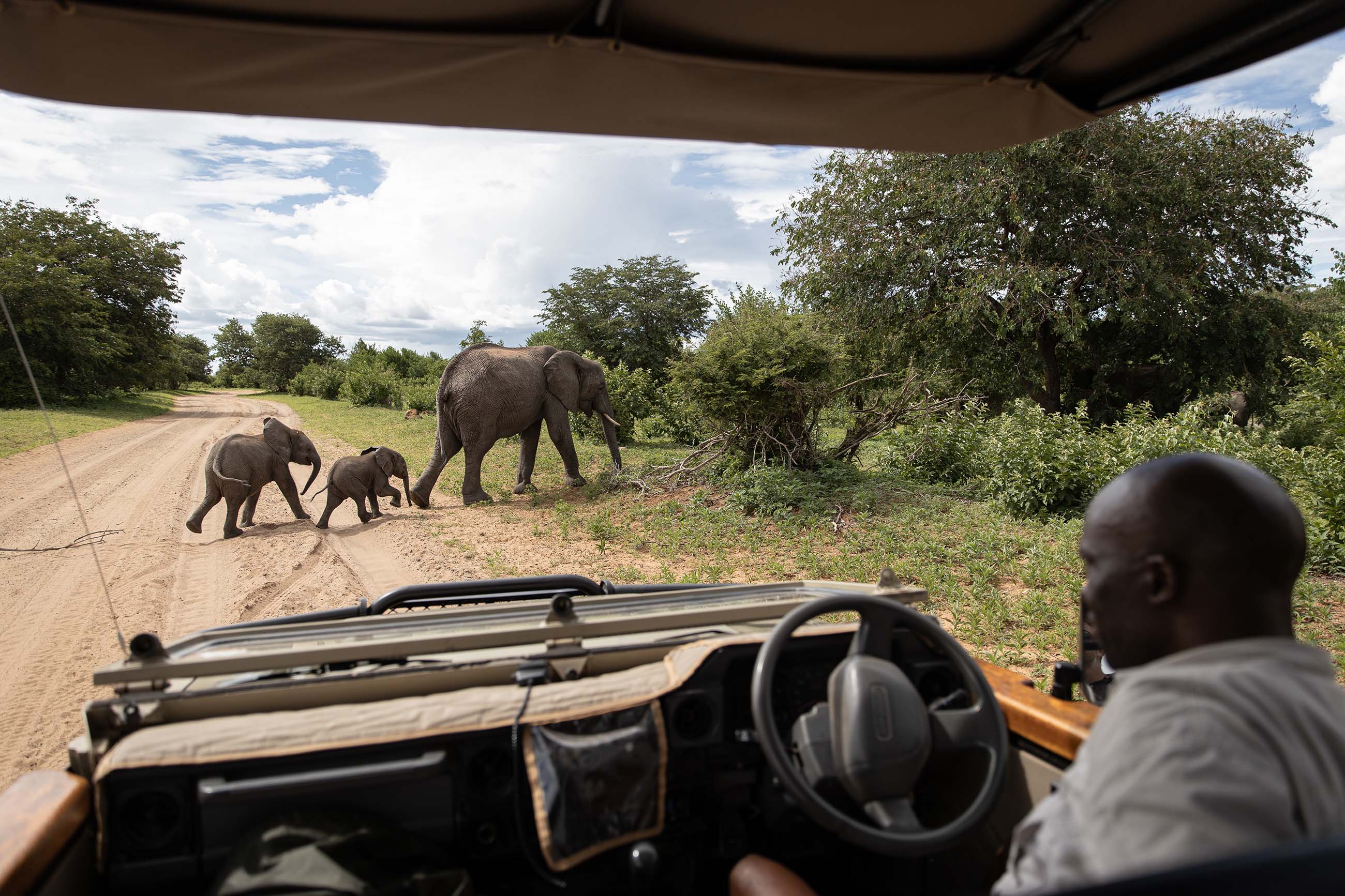 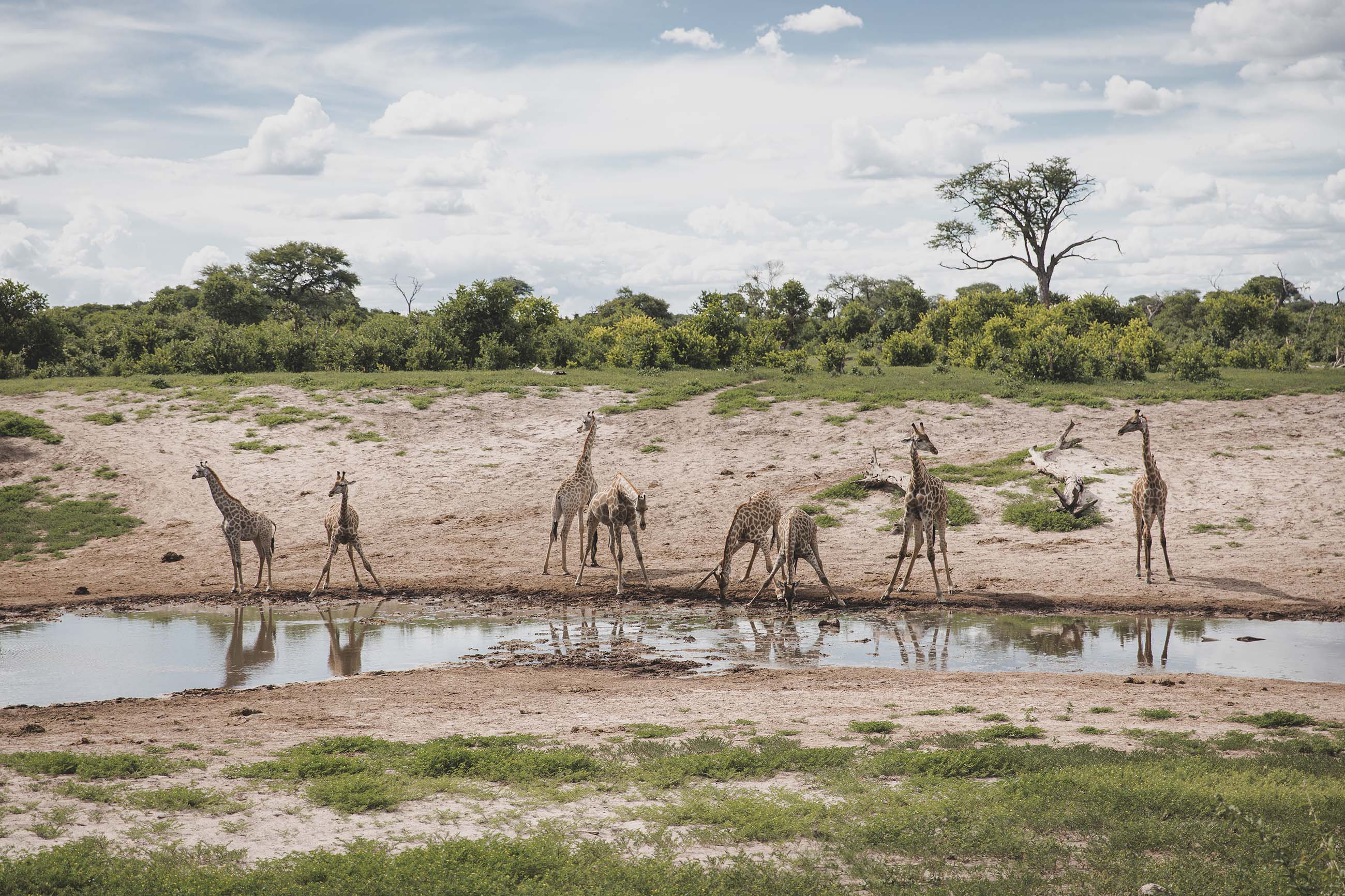 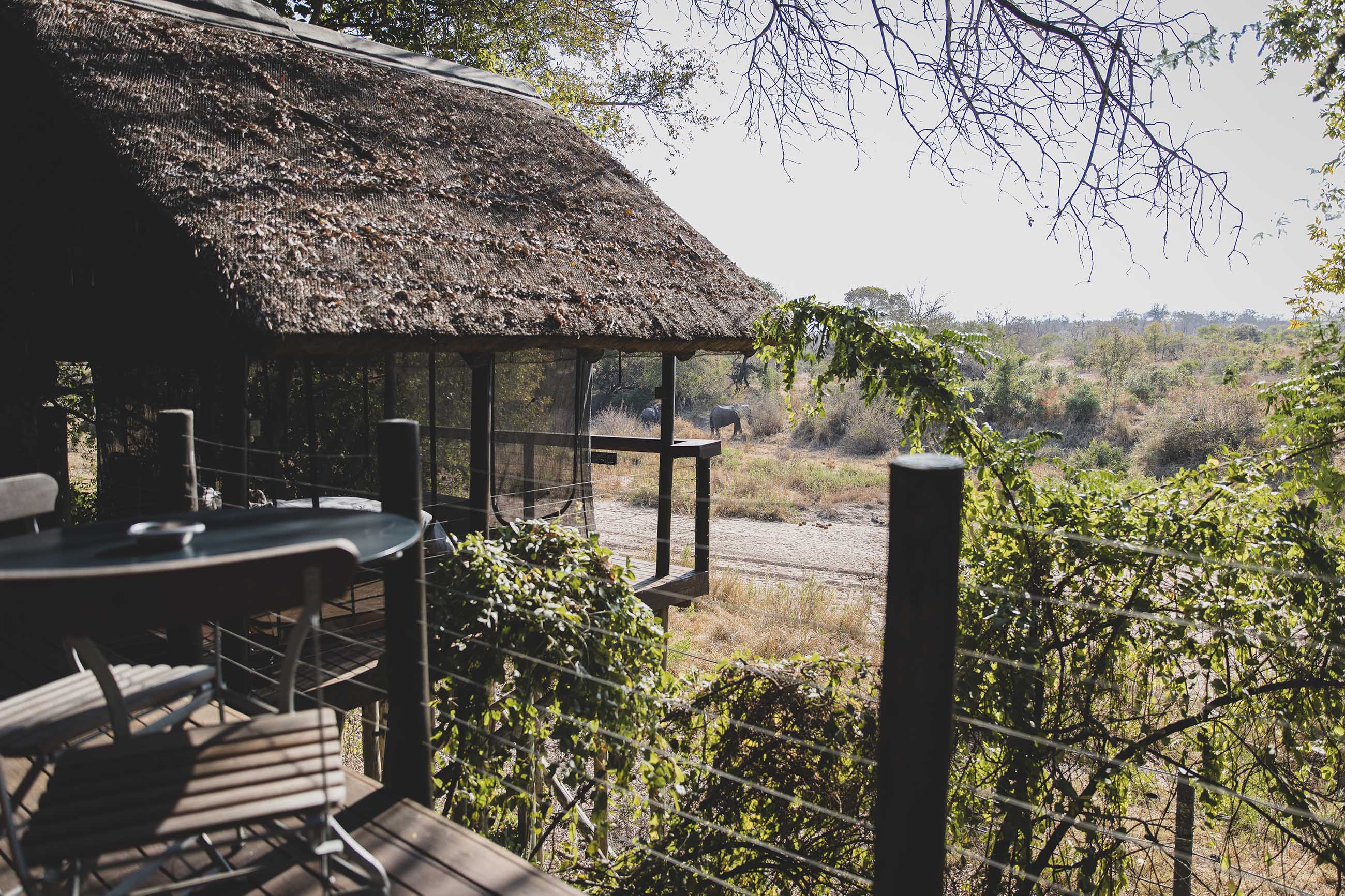 This website uses cookies to improve your experience while you navigate through the website. Out of these cookies, the cookies that are categorized as necessary are stored on your browser as they are essential for the working of basic functionalities of the website. We also use third-party cookies that help us analyze and understand how you use this website. These cookies will be stored in your browser only with your consent. You also have the option to opt-out of these cookies. But opting out of some of these cookies may have an effect on your browsing experience.
Necessary Always Enabled
Necessary cookies are absolutely essential for the website to function properly. This category only includes cookies that ensures basic functionalities and security features of the website. These cookies do not store any personal information.
Non-necessary
Analytics cookies and tracking technologies help us understand how customers and visitors interact with our Websites. They provide us with information about areas of our Websites visited, time spent on our Websites, transactions performed, and any error messages you receive. These cookies allow us to improve the performance of our Websites. They may collect your IP address but only for the purpose of identifying general locations of visitors and identifying fraudulent or spam traffic. Advertising cookies and tracking technologies allow us to deliver content, including advertisements, relevant to your specific interests. This content may be delivered on our Websites or on third-party websites or services. They allow us to understand and improve the relevancy of our advertisements. They may track personal information, including your IP address.
SAVE & ACCEPT